Space Scrap 17 began life in 2010 as an idea for an audio comedy series. Initially developed by Rupert Booth and Erick Drake, the series went through many iterations before being produced in its current form as a series of novels.

In 2020, with the advent of the pandemic and its various lockdowns, Erick was at last able to focus on Space Scrap, determined to finally bring it to life after a decade of on / off development.

The stars did not completely align however, as Rupert’s bandwidth for the project had effectively dropped to zero. This was due to his enjoying no small success in, among other things, the field of FMV games. (One of these FMV projects, DARKCoDE, is due for release in April 21. Check out the trailer in that link – it was filmed during lockdown and it looks awesome).

So, armed with alcohol, a socially aware face mask and plenty of time, Erick set about the task of inflicting Space Scrap upon the world; assembling the copious notes and half-finished scripts, fleshing out and adding new characters, injecting some social satire and genre parody (the first three books parody, in no particular order, Babylon 5, Star Trek TOS, TNG and The Motion Picture, Grant Morrison’s Doom Patrol, the Alien films, 2001 A Space Odyssey, Doctor Who, The Expanse, Doc E.E. Smith’s Lensman series and Olaf Stapledon’s Star Maker (although this last may have to hit the cutting room floor as book 2 is already too long . . . oh the pain, THE PAIN!)).

The result of Erick’s labours is a planned series of six parody space opera novels, the first of which, The Doomsday Machine, is now available in eBook form at Amazon.

What’s it all about?

The books tell the story of the crew of garbage hauler Space Scrap 17 who become caught up in the machinations of powerful, unknowable entities. They soon find themselves in the middle of a Galaxy-wide political conflict.

The first three books in this series are titled;

Space Scrap 17 is crewed by misfits from across the Galaxy of the Earth year 2390;

Daughter of Admiral Daryl, Daisy is a fresh, new Captain having recently passed her Captain’s exams without cheating. No, really. Those exams are impossible to cheat. And anyway she wouldn’t cheat something that important. That would be dangerous and stupid and alright, yes she cheated.  However, she plans to pass unnoticed as she comes to grips with her new duties. She hopes for several ordinary, mundane, nondescript missions during which she can learn on the job, hopefully by observing her dynamic new XO, whoever that might be. But her father’s avarice and desperation thrust her rudely into the limelight by signing up her ship for a dangerous mission that would have any experienced Captain wetting their pants. And not in a good way.

Daisy’s ex and now her XO, Jones is highly ambitious, if a desire to avoid contact with other people, reading books and getting out of his face on whatever comes to hand can be said to be ‘ambitious’. A natural-born hedonist, Jones sees his new duties as telling other people what to do and them sodding off to do it, leaving him alone with a bottle of Big Papa. Among his likes he lists; ‘the absence of other people’, ‘doing nothing’ and ‘drinking Big Papa’s Big Papa Golden Secretions’.  Upon discovering that Daisy is his new Captain he believes his life could not get much worse. He is wrong. Very wrong.

Ship’s medic and sociopath, Smiert hankers for the good old days of Mother Russia and the benign, warm caress of the KGB. She is definitely on the bad end of a scale of some description and probably listed on several registers. If there were a legal injunction prohibiting contact with any other life form, she would be served with it. Smiert’s experiments make Victor Frankenstein and Doctor Jekyll look like ashen faced, tremulous soy boys. Aboard Space Scrap 17, it is as well not to get ill as Smiert’s ‘go to’ remedy for most ailments is amputation. And she is not a one for luxuries such as anaesthetic or not performing unnecessary amputations.

Hailing from another dimension, Mic can only exist in our reality enclosed in his encounter suit. He is best described as a cross between Brian Eno and triangles. When not observing the people and places of our dimension, Mic spends most of his time avoiding contact with his mother, a black hole in the constellation of Telescopium. On closer inspection, one might harbour a suspicion that Mic is here to do more than observe. One might be right.

Listed in the crew manifest as the new Science Officer, Tongue is in reality an Ambassador from the planet Yerboots. Tongue is travelling incognito aboard Space Scrap 17. He has been tasked with the job of liaison between the Loose Association of Sentient Species and the Ululation diplomatic delegation and to ensure they arrive at the peace talks unharmed. His hair knows Wing Chun.

Proud Admiral of a fleet of one, John Daryl is a self-made man and yes, it is good of him to take the blame. Lifelong failure, dilettante and addictive purchaser of high-tech hairpieces, Admiral Daryl determined that the only business in the Galaxy that would always be in demand and yet would have the least competition was that of garbage reclamation and transportation. Pleased that his daughter was keen to play a part in the family business, Admiral Daryl wasted no time enrolling her for the exacting and impossible to cheat Captains’ exams, which she passed with flying colours. Apparently.

Errol is there as well. He likes buns. 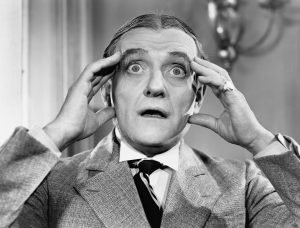 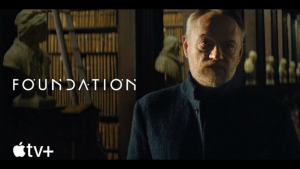 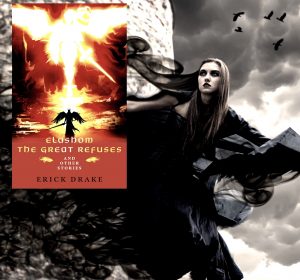